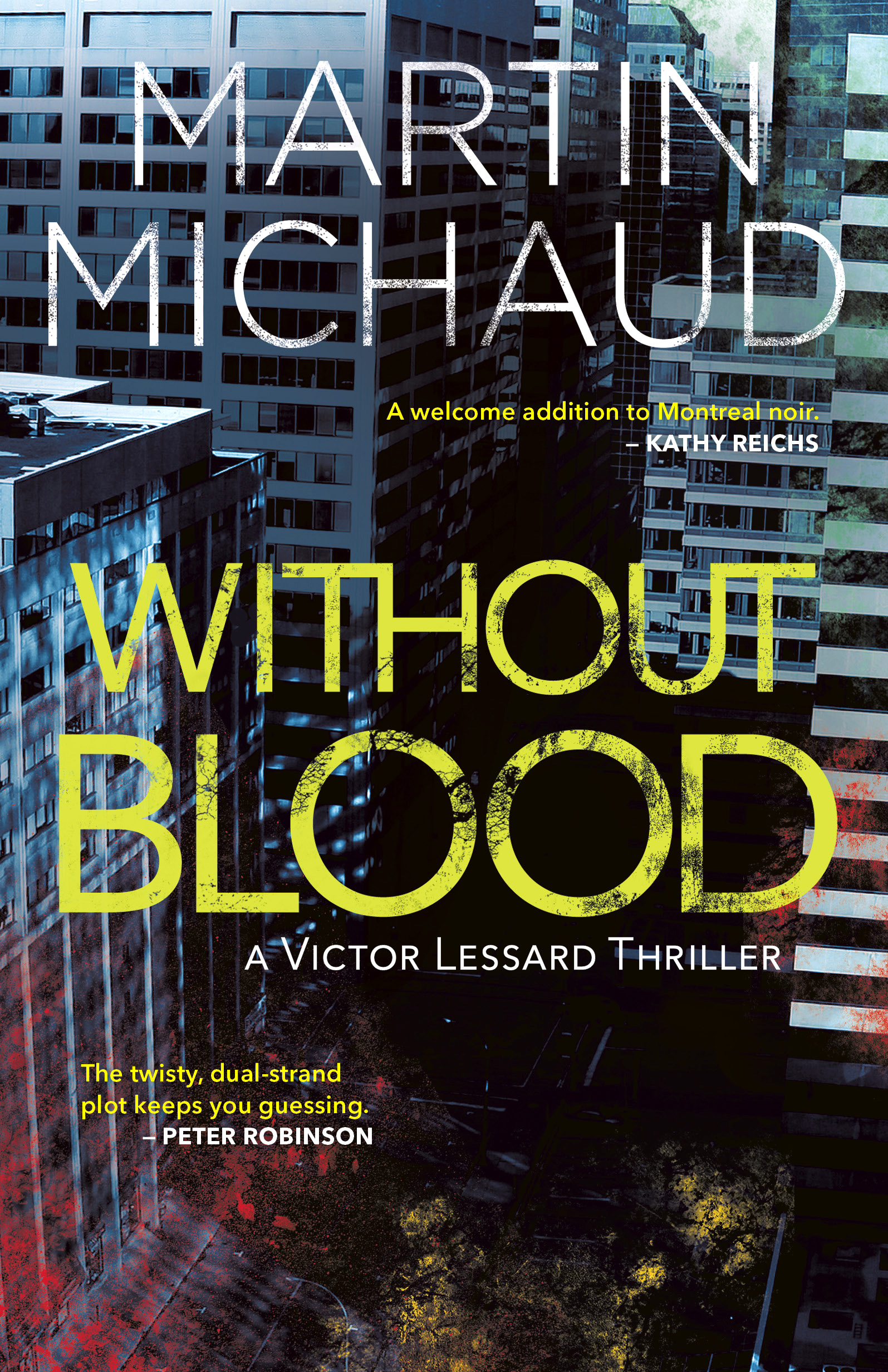 The next raucous, twisty crime novel from the master of the Quebec thriller! Rebellious cop Victor Lessard pursues a ruthless hunter who stalks the streets of Montreal.

“With its memorable characters, rich atmosphere, and shrewd plot, Without Blood is a welcome addition to Montreal noir.” — KATHY REICHS

“A strong Montreal setting and a twisty, dual-strand plot that keeps you guessing.” — PETER ROBINSON

A senior administrator is stabbed to death in his office at the Montreal General Hospital. In the east end of the city, a dead man is found in the trunk of a stolen BMW. A young woman is hospitalized after an apparent hit and run, but despite her doctor’s objections, she refuses treatment and sets off on a desperate search for the man who helped her.

Montreal police detective Victor Lessard and his team of investigators work to find the common thread linking these seemingly unrelated cases. It quickly becomes apparent that there’s no time to lose: a ruthless hunter has come to town, he’s spotted his prey, and he’s waiting for the right moment to close in for the kill.