The Weight of Sand 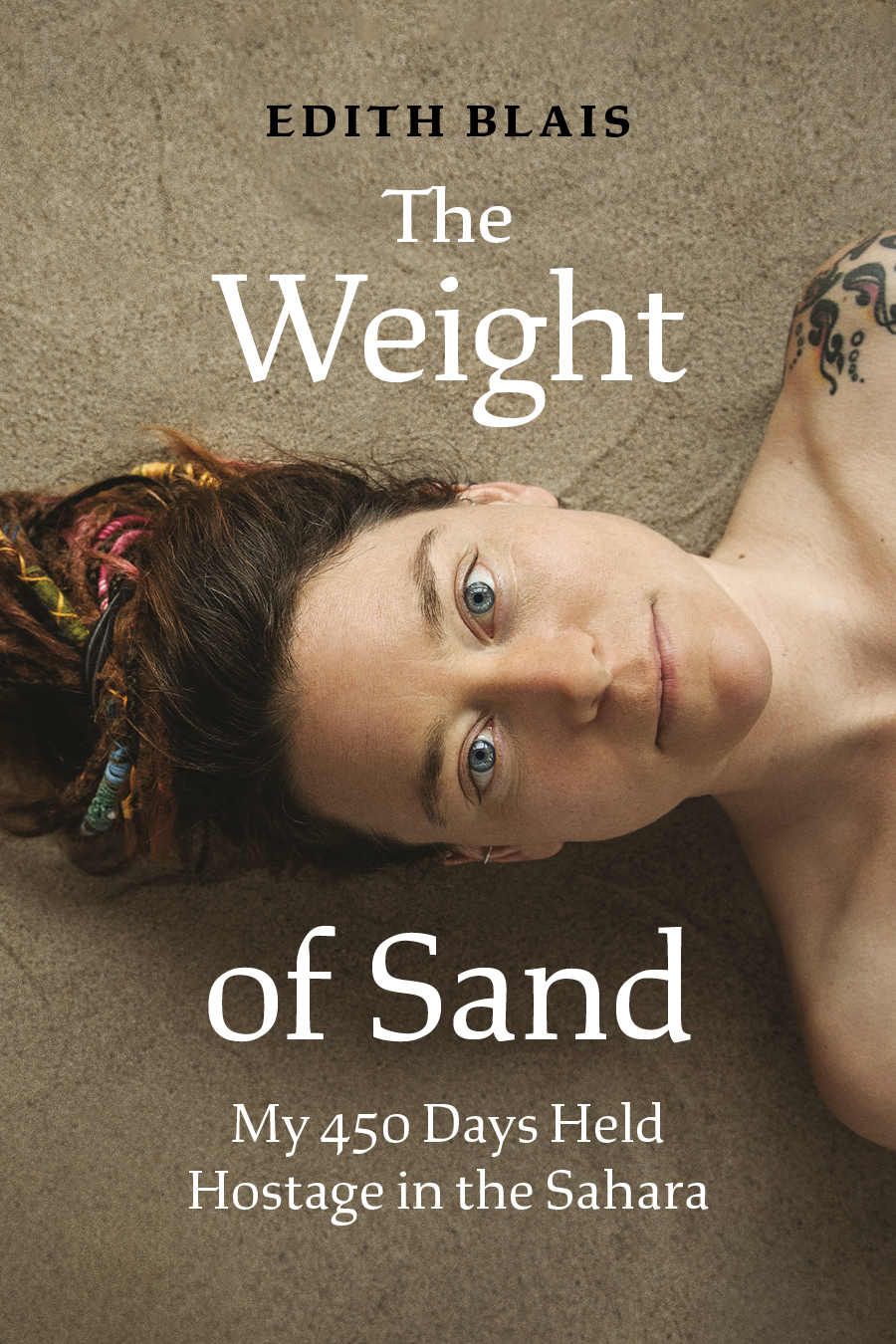 An evocative, earth-shattering memoir about one woman’s kidnapping and 450 days of captivity at the hands of terrorists—and her stunning escape to freedom.

In January 2019, news outlets reported that a young Canadian woman and her Italian companion were presumed kidnapped while traveling in Africa’s Sahel region, a haven for Islamic terrorists.

Little was known about the pair’s fate until they reappeared in Mali more than one year later, having apparently escaped their captors.

Now, in The Weight of Sand, Edith Blais describes her harrowing hostage experience for the first time—and reveals that writing poetry in secret helped save her life.

Edith recounts the prolonged terror of her months as a hostage, enduring violent sandstorms, constant relocations, grueling hunger strikes, extreme isolation, and the unpredictability of her captors. She also shares the luminous poems she wrote in secret with a borrowed pen, which became a lifeline of creativity and one of the few possessions she smuggled out in her escape, strapped to her leg under her clothes.

A compelling descent into a strange, brutal universe, The Weight of Sand is ultimately a life-affirming book—a celebration of resilience by a woman who refused to have her humanity stripped away from her.

Includes original art by the author featured in the endpapers of the book.

The Weight of Sand