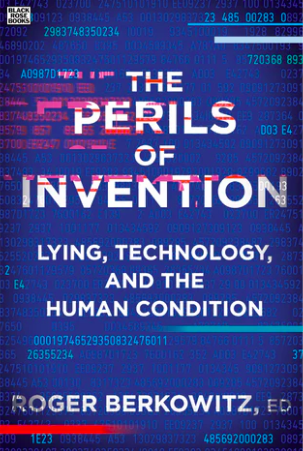 Hannah Arendt (1906–1975) is the leading thinker of politics and the humanities in the modern era and continues to draw widespread attention. No other scholar so enrages and engages citizens and scholars from all political persuasions, all the while insisting on human dignity, providing a clear voice against totalitarianism, and defending freedom with extraordinary intelligence and courage. An activist and thinker whose work resists simple categorization, Arendt writes with a stunning lucidity that resonates with intellectuals and the reading public alike. Her writing continues to delight and inspire, even as she asks us to confront the most haunting questions of our time.

The Perils of Invention is based on three Hannah Arendt Center Conferences: “Human Being in an Inhuman Age,” “Lying and Politics,” and “Truthtelling: Democracy in an Age without Facts.” Contributions written for these conferences are placed alongside many new essays that reflect on the ideas they raised. The result is a freshly invigorated investigation into these critical and timely themes. The authors have diverse backgrounds—Arendt scholars, public intellectuals, novelists, journalists, and business people—and include Uday Mehta, Marrianne Constable, Nicholson Baker, George Kateb, Marianne Constable, Linda M.G. Zerilli, Peg Birmingham, Davide Panagia, and many others.