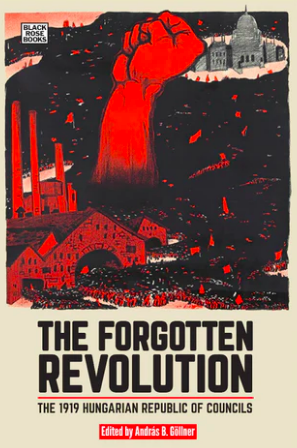 After the ravages of World War I and the collapse of the Austro-Hungarian Empire, Budapest was engulfed by revolution and marauding foreign armies in 1919. Factory workers, disillusioned ex-soldiers, landless peasants, artists, and intellectuals began forming grassroots councils to get the country back on its feet. This groundswell produced a unique cross-class alliance in pursuit of social justice, constitutionalism, and sustainable economic development, which quickly led to the formation of the Hungarian Republic of Councils on March 21, 1919. After only four months, however, this radically new experiment in self-government ended in tragedy. Over time, the revolution has been smeared by a series of counterrevolutions that followed and remains misunderstood and largely forgotten to this day by the rest of the world. What makes this journey back in time and space so special is its use of a new, non-ideological, universally valid moral compass, or view-finder that enables us to connect the dots between the past, the present and the future for those who believe that ecologically sustainable communal well-being, based on universal principles of justice and equal rights, matter.

The Forgotten Revolution sets a precedent, by not only revealing details that our earlier, ideologically driven view-finders had obfuscated but by exposing the roots of the current autocratic government of Viktor Orbán that derives its essential nutrients out of the counterrevolution that buried the 1919 Budapest Commune.