The Fate of Canada: F. R. Scott’s Journal of the Royal Commission on Bilingualism and Biculturalism, 1963–1971 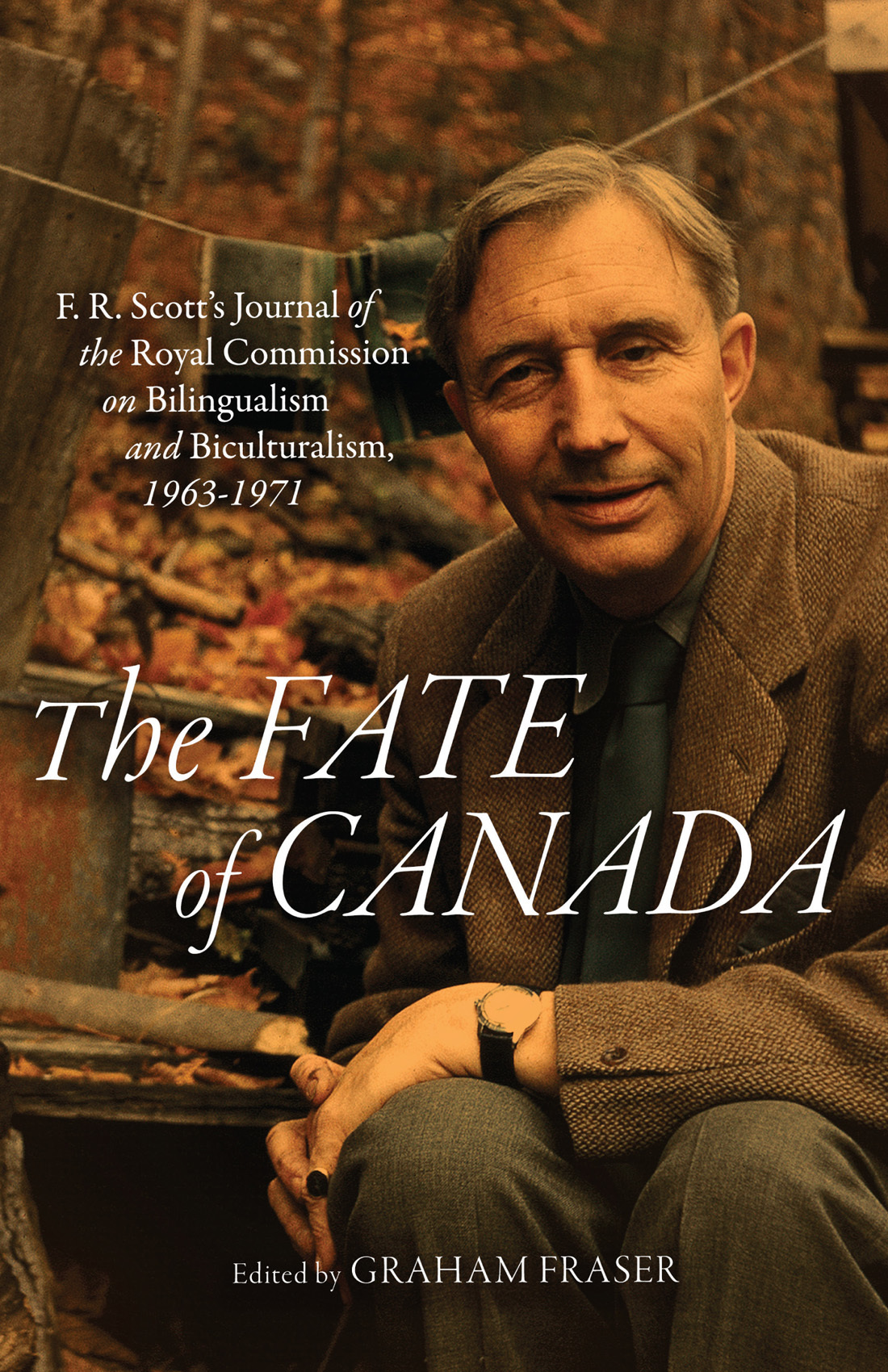 From 1963 until 1971, a group of distinguished Canadians wrestled with the language conflict that ran the risk of tearing the country apart. Among their ranks, F.R. Scott – a poet, intellectual, constitutional expert, human rights activist, and law professor – kept diaries that recounted the meetings of one of Canada’s most significant royal commissions.

The Fate of Canada introduces readers to Scott’s biography, puts his diary entries into the political context of the time, and identifies the people he met and the places he visited during the hearings of the Royal Commission on Bilingualism and Biculturalism. Scott’s journal entries recording the earliest meetings convey optimism for a bilingual Canada. As the years pass, however, he becomes increasingly concerned that bilingualism is in danger, and Quebec’s English community threatened. His remarks convey a sense of humour and mutual respect amongst the commissioners despite the tensions over language within the group – and across the country.

Scott was a champion of English-language rights in Quebec. Never before published, these diaries provide remarkable insight into the inner life of one of twentieth-century Canada’s most significant intellectuals, and a royal commission that shaped the nation’s language policy for decades to come.

The Fate of Canada: F. R. Scott’s Journal of the Royal Commission on Bilingualism and Biculturalism, 1963–1971

Autobiography of a Garden

The Four Seasons of the Pipa