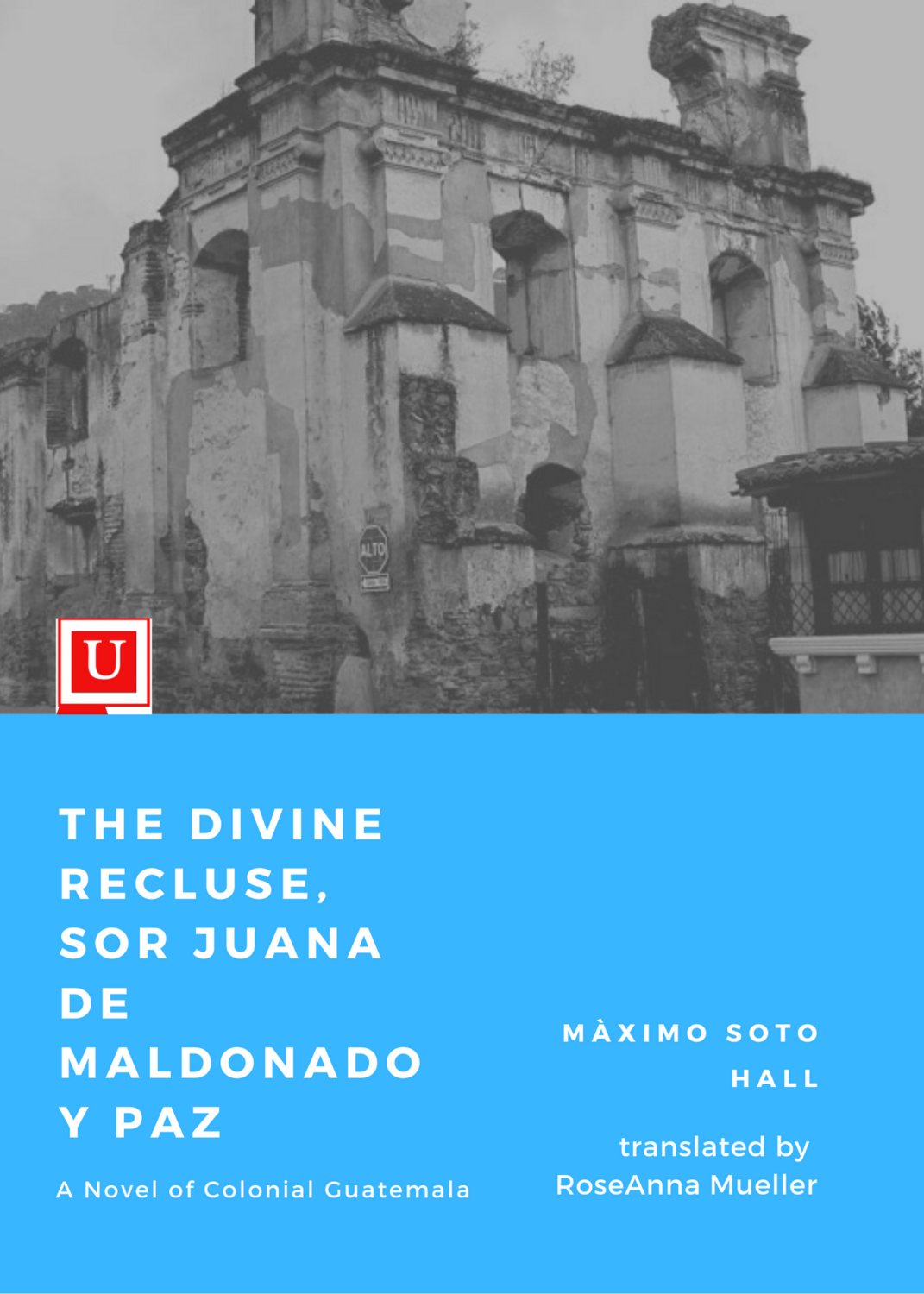 This is the first English translation of Guatemalan author Máximo Soto Hall’s (1871-1944), La Divina Reclusa (Ediciones Ercilla, Chile, 1938). The novel is preceded by a critical essay that provides historical context and why we know about this enigmatic woman. This novel is based on the life of Sor Juana de Maldonado y Paz (1598-1668), a Conceptionist nun who lived in Antigua and whose life inspired other Latin American authors to write about her. There is no English translation of this novel and very little is written about Guatemala during this period. Máximo Soto Hall, (1871-19440, born in Guatemala City, is one of the most important Guatemalan writers of the twentieth century. In his historical novel La Divina reclusa this anti-imperialist journalist describes the impact of vice regal Spanish rule in the Kingdom of Guatemala and the Catholic Church’s power in this part of the Spanish Empire. Sor Juana de Maldonado y Paz is “the other” Sor Juana.” This historical novel describes the corruption and in-fighting in the various religious orders of the Church through its colorful setting in Antigua, the former capital of the Kingdom of Guatemala, home to many churches, convents and monasteries. Juana de Maldonado y Paz, a young, beautiful and gifted woman and the daughter of a prominent judge, professed as Sor Juana de la Concepción in 1619. Thomas Gage (1603-1656), in The English-American his Travail by Sea and Land: or A New Survey of the West-Indias (1648), recounted his travels in Mexico and Guatemala, was first to describe the life of this talented and controversial woman. While it was thought that she had been invented by Gage, whose works had been discredited, other facts about this nun have come to light. The novel presents an imaginative portrayal of a Central American colonial city with its family secrets, class warfare, corruption in ecclesiastical circles, unrequited loves, power struggles between Church and State, rivalries between religious orders and the Inquisition’s censorship. Soto Hall successfully establishes the setting and peoples the novel with both documented historical and imagined characters, as life in colonial Antigua is brought to life through its entertainments, bullfights and jousts.