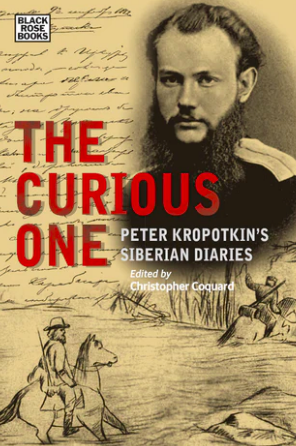 Peter Kropotkin was one of the most influential Russian thinkers and activists and, though born a prince, is considered the architect of anarcho-communism. The year 2021 will mark the centennial of Kropotkin’s death, which this book commemorates through the first-ever English edition of his Siberian diaries.

Aged nineteen and freshly graduated at the top of his class from a prestigious military academy, Kropotkin decided to be posted to the distant backwater of Siberia, to the shock of his friends and family. There, he idealistically pursued political reforms and also participated in various ground-breaking geographic surveys, keeping a diary that recorded his experiences.

Ten years later, after tenuously living a double life in the royal court and radical circles, the Tsarist Secret Police arrested him in St. Petersburg and seized his papers, including these Siberian diaries. This arrest, and his dramatic escape from prison, would spark the beginning of his reputation as one of the most famous anarchists ever. He would then spend forty years in exile before returning to revolutionary Russia where he would become increasingly critical of the Bolsheviks.

First published posthumously in 1923 in Russia, Kropotkin’s Siberian Diaries take us on his five year journey from St. Petersburg to Siberia, via Moscow, Kaluga, Chita, and Irkutsk. These pages immerse us in Kropotkin’s development as a brilliant scientist as he explored almost impassable terrain while also giving us a clear picture of his early political and philosophical thinking at a crucial moment in Russian history. Their first English language publication is a landmark event.