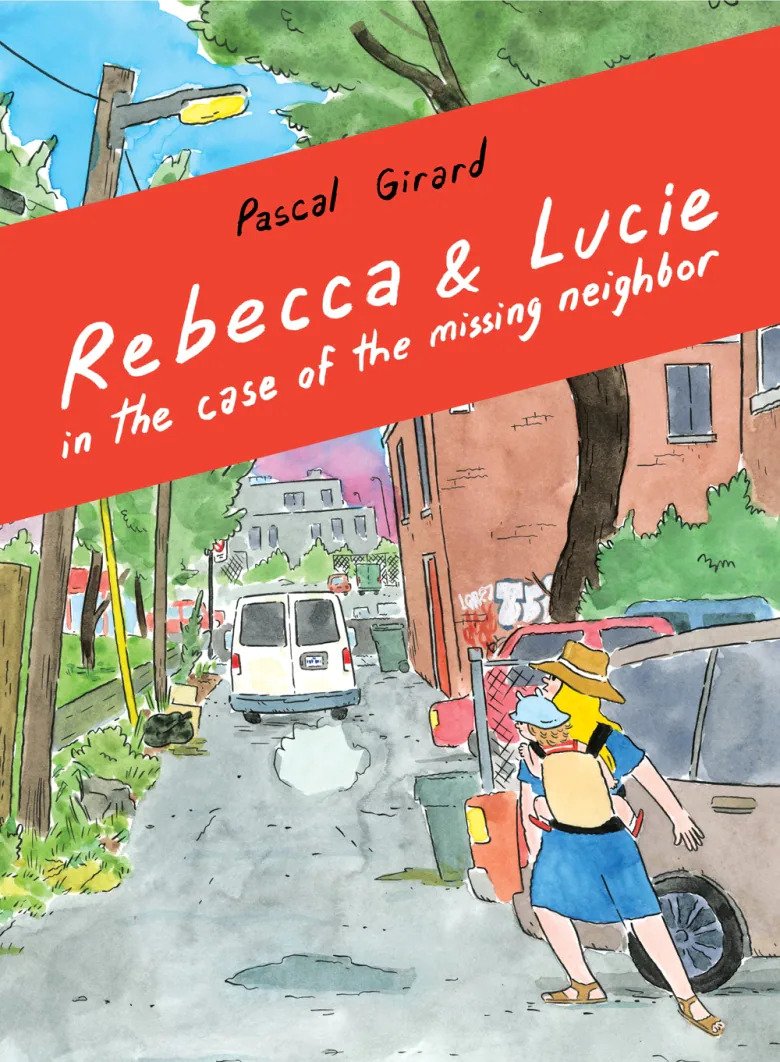 Rebecca’s got an eight-month-old baby and a mystery to investigate! Late one summer night as she’s breastfeeding Lucie, she spots two men carrying something heavy into a white minivan. It’s probably nothing serious, but when Rebecca hears that a home healthcare provider named Eduardo Morales disappeared from the neighborhood that very night, she puts her detective hat on and gets to work.

Over the course of the subsequent weeks, Rebecca juggles motherhood and detective work—alternating between unproductive visits with the Simard family for whom the missing Eduardo worked and tearful visits to potential daycares for Lucie. She faces down inconclusive interviews with evasive subjects and inconveniently timed diaper changes. Pascal Girard’s observational humor and perfect timing shine, highlighting how Rebecca’s (over)confident, brash approach gets results, not just with the troublesome Simards but with everyone in her life.

Rebecca and Lucie in the Case of the Missing Neighbor is a light-hearted maternity leave mystery that centers a new mother in all her post-partum glory.

Rebecca and Lucie in the Case of the Missing Neighbor was translated by Aleshia Jensen, a French-to-English translator and former bookseller who lives in Montreal. Her translations include the novels Explosions by Mathieu Poulin and Prague by Maude Veilleux, as well as comics by Julie Delporte, Max de Radiguès, Catherine Ocelot and Axelle Lenoir.

The League of Super Feminists