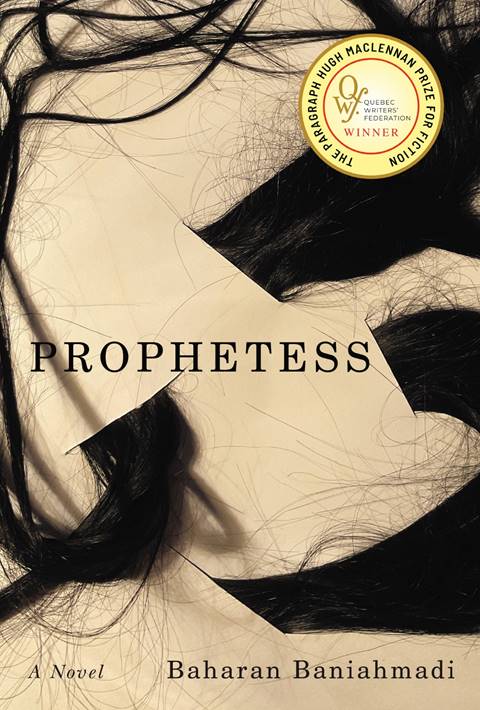 In the slums of Tehran, seven-year-old Sara witnesses the horrific murder of her sister Setayesh, an event leaves her in shock and unable to speak. As the neighbourhood frantically searches for the missing girl, Sara is locked inside herself, unable to tell her parents or police all she knows.

Over time, the mute Sara develops a strange allergic reaction, in which hair covers her face every time a man approaches her. One day in school, when an imam gets too close, she faints. After Sara reawakens, classmates show her video of her speaking freely and eloquently while unconscious… in Polish. These are only the first of many unexpected developments in Sara’s life, as she grapples with how to live with her sister’s memory in a world that abuses women from a very early age.

Prophetess is a fearless novel of gripping and surreal turns that push the limits of the imagination in their collision of tradition and nonconformity. Baharan Baniahmadi has crafted a wild, allegorical interrogation of trauma, women’s rights, and religious tradition.