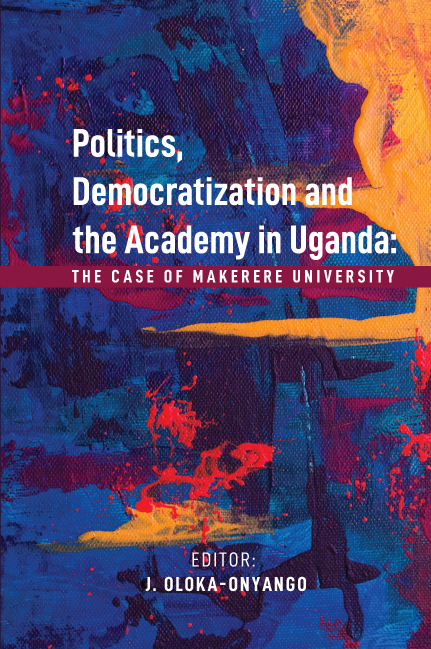 Alma mater to presidents, public intellectuals and pundits of all disciplines, Makerere University has attracted considerable scholarly and popular attention, both in respect of its prominence and achievements, as well as with regard to its failures and foibles.  As the oldest (and arguably best-known) university in Uganda and the wider eastern and central Africa region, Makerere looms large in the history of higher education on the continent.

This book explores the relationship between a public university of unique historical importance and the contestations over democratization that have taken place both within campus and beyond.  It is pivoted around the late-20th century struggles by university staff and students for improved living conditions against the backdrop of the early programs of structural adjustment and economic reform pursued by the National Resistance Army/Movement (NRA/M) government adopted soon after taking power in 1986.

Although seemingly introverted in focus, in many respects these efforts represented the earliest forms of political resistance against a regime of governance that promised a great deal, but disappointingly delivered considerably less.  Collectively, the chapters demonstrate that there is neither a single narrative nor a textbook formula about the relationship between the academy and democratic struggles.  Instead of forcing an unsupported and false consensus on the definitive role of Academia in politics, the book seeks to stimulate a robust debate on the subject.