By Anais Barbeau-Lavalette Translated by Rhonda Mullins
Buy This Book 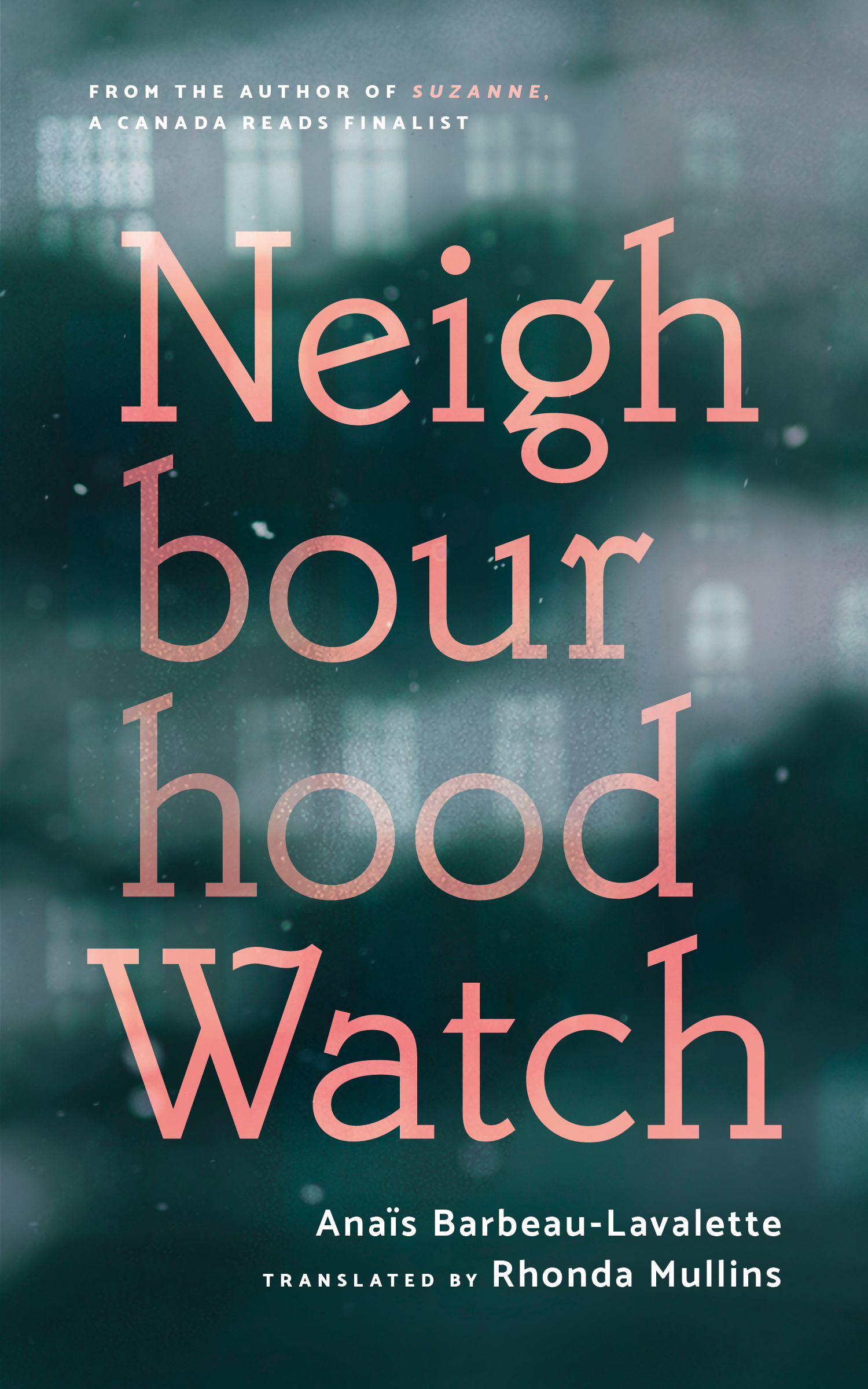 The lives of three families intersect in the hallways of an apartment block in a Montreal neighborhood.

Mélissa, Roxane, and Kevin have never had it easy. As their parents face their own struggles – with addiction, unemployment, and abuse – they must learn to fend for themselves. Though their lives converge at school, on the street, at the corner store, or when they can hear each other through their apartments’ thin walls, they each feel deeply alone. Neighbourhood Watch tells their coming-of-age stories with a cinematic ease, moving between despair and the unalterable hope of childhood.

With her characteristic poetic flair and generosity, Anaïs Barbeau-Lavalette, author of the acclaimed Suzanne, has painted, in brief strokes, an unforgettable and moving portrait of a fictional apartment block in Montreal.

This translation of her 2010 debut novel is presented with an afterword interview with a woman who, as a child, was the inspiration behind the character of Roxane.