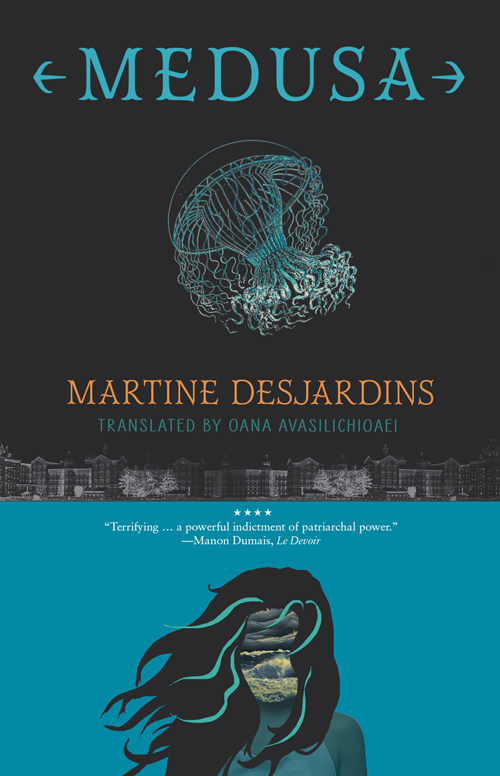 Medusa is a modern gothic of women’s body shame and men’s body shaming, phallocratic oppression, and the redemptive power of a feminist imagination. With ironic wit, Medusa confesses her incendiary story, throwing light, both raw and refined, on monstrosity. She’s been called Medusa for so long that she’s forgotten her real name. She walks with her head down, face hidden behind her hair to spare others the sight of her Deformities – eyes so horrible they repel women and petrify men. Driven from the family home, Medusa is locked up in the Athenaeum, an institute for young “malformed” girls, which stands on the shores of a lake infested with jellyfish. In this dismal place, where benefactors indulge in cruel, humiliating games with their protégées, she gradually discovers the prodigious and formidable faculties of her ocular Revoltingnesses. The day when Medusa finally emerges from her confinement, she sows destruction in her path. But before she can turn the balance of power, she’ll first have to face the treacherous gaze of her nemesis – her own Abominations.

The Saddle Hurts, Too