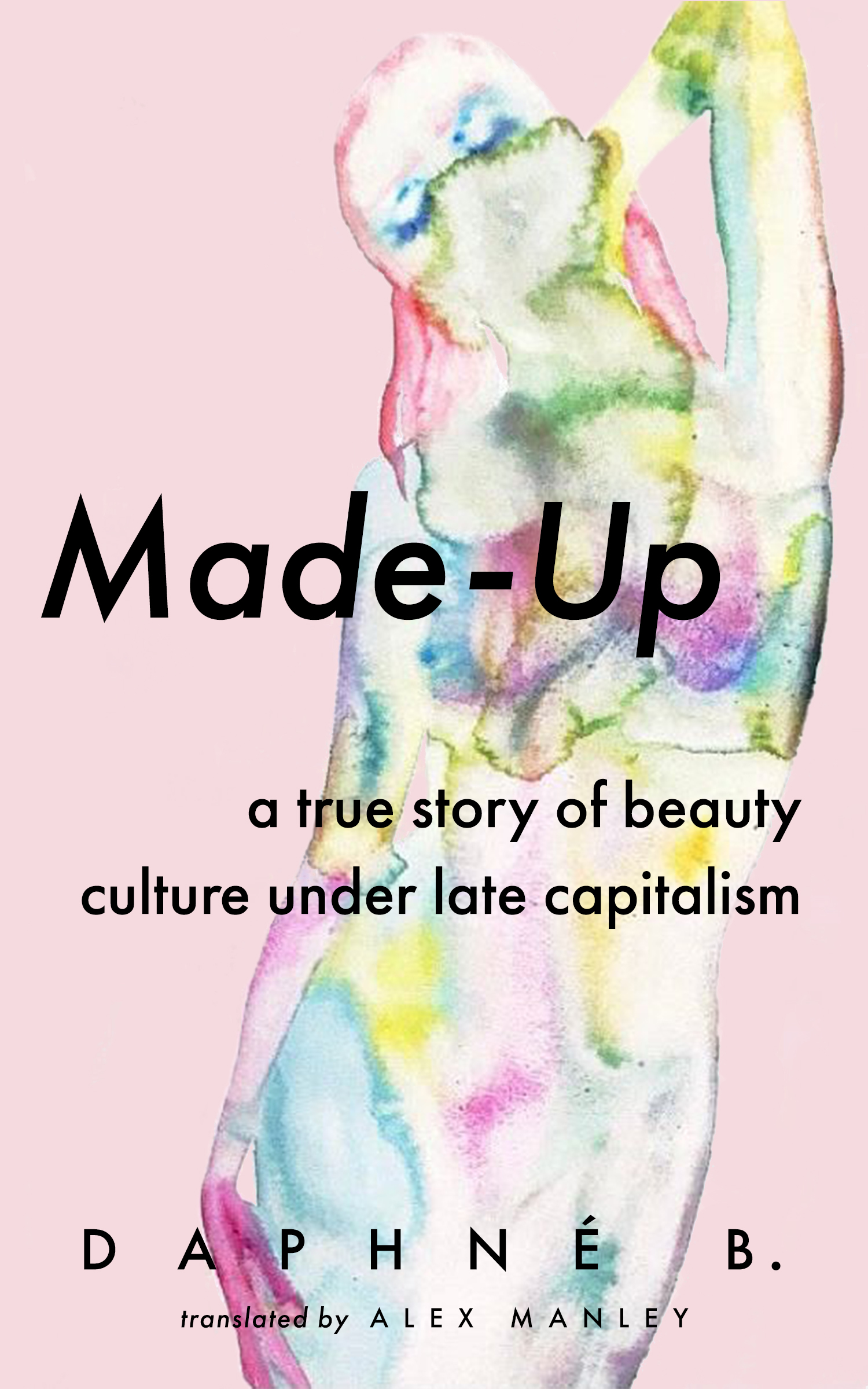 A nuanced, feminist, and deeply personal take on beauty culture and YouTube consumerism, in the tradition of Maggie Nelson’s Bluets

As Daphné B. obsessively watches YouTube makeup tutorials and haunts Sephora’s website, she’s increasingly troubled by the ways in which this obsession contradicts her anti-capitalist and intersectional feminist politics. In this poetic treatise, she rejects the false binaries of traditional beauty standards and delves into the celebrities and influencers, from Kylie to Grimes, and the poets and philosophers, from Anne Boyer to Audre Lorde, who have shaped the reflection she sees in the mirror. At once confessional and essayistic, Made-Up is a meditation on the makeup that colours, that obscures, that highlights who we are and who we wish we could be.

The original French-language edition was a cult hit in Quebec. Translated by Alex Manley—like Daphné, a Montreal poet and essayist—the book’s English-language text crackles with life, retaining the flair and verve of the original, and ensuring that a book on beauty is no less beautiful than its subject matter.