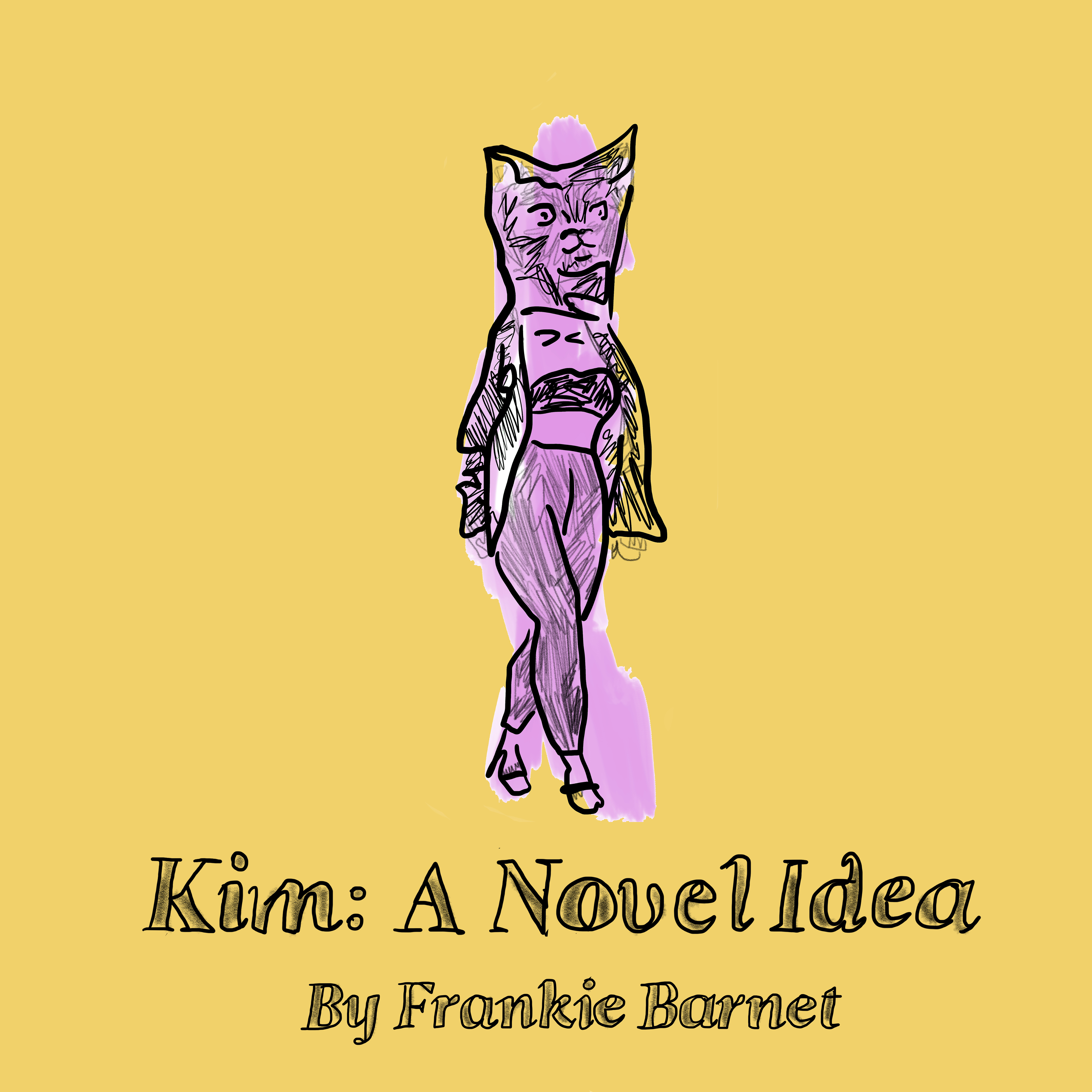 Kim: A Novel Idea is a graphic literary novel about a lonely millennial named Frankie, her boyfriend Jacob, their talking cat Catman, and an unhealthy obsession with Kim Kardashian. Faced with the difficulties of her life, scrolling through photos of an uber-celebrity and talking to her cat is the only way Frankie knows how to cope—through fantasy and escape.

Kim: A Novel Idea is hilarious in the sense that it’s brutally honest; real in the sense that it’s relatable.  Exploring politics—personal, political, social—to comment on feminism, the #MeToo movement, fame, abuse of power within university writing programs, intergenerational wealth, love, and our multiple selves, there is something lovable about Frankie’s insufferable attitude towards life; something deeply relatable about her self-doubt in convincing herself she’s “never going to make anything of my goddamn, pathetic life.” Why? Because Frankie is stuck in a capitalist cycle of celebrity marketing rings that target young women’s insecurities about their bodies and accomplishments. Kim: A Novel Idea gives us insight into the downfalls of contemporary living while asking: are digital identities the cure, or the poison to waking life? And, what is the value in distracting ourselves from our own very real lives?