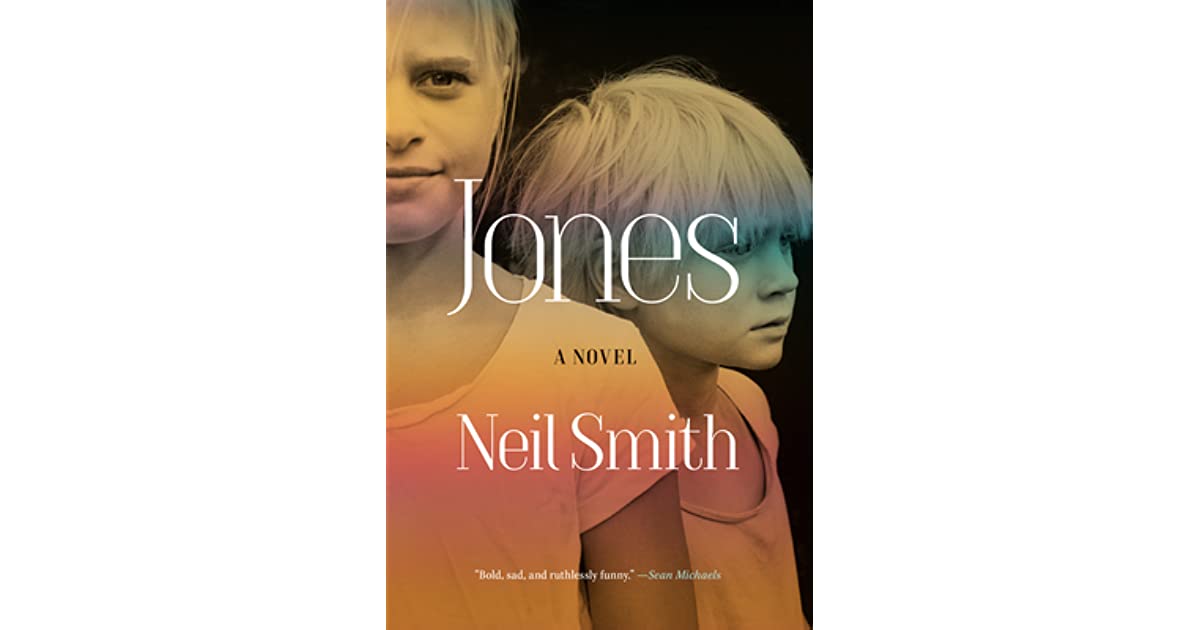 From the award-winning author of Bang Crunch and Boo, Jones is the harrowing, funny, utterly unforgettable story of a pair of siblings attempting to survive the horror show of their family.

Abi and Eli share a special bond. Eli looks up to his sister Abi, two years older, who knows how to inhabit the souls of animals, and sometimes even the soul of her brother. They share jokes, codes, and an obsession with impressive feats of word power—such are the survival tricks for growing up Jones. Pal, their alcoholic father, is haunted by demons from the Korean War, and their less-than-nurturing mother Joy hasn’t got the courage to leave him. Always moving to where Pal gets work, the Joneses go from Montreal to Boston, Salt Lake City, Chicago, and back to Montreal. No matter where they go, though, they can never get away from Jones Town.

And then, on Eli’s twelfth birthday, the darkness deepens when he stumbles on something he doesn’t understand—an episode that represents the beginning of Abi’s unraveling, although no one knows it yet. Over the years, Eli and Abi lurch towards and into adulthood on separate paths that sometimes cross, negotiating the world through sexual experimentation, drugs and alcohol, art and language.

Searing, affecting and often darkly funny, Jones explores the treacherous intersection between love and violence, and the extreme measures Abi and Eli must take to escape the legacy of a toxic inheritance

The Girl from Dream City