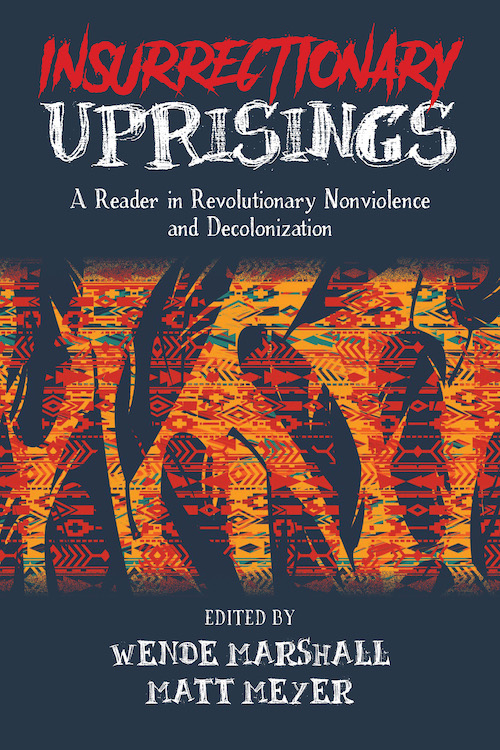 A collection of both historic and new writings on the nexus of strategic unarmed resistance, radical ideologies, and the long struggles to build movements for justice and liberation. Beginning with the work of Gandhi, Arendt and Thoreau, the volume grounds the theories which undergird nonviolent resistance to capitalism, colonialism, white supremacy and heteropatriarchy.

The volume includes two sections exploring nonviolence in the long Black freedom struggle within the US. From Ella Baker to Martin Luther King, Jr. and Fannie Lou Hamer, from Vincent Harding and Grace Lee Boggs to Colin Kaepernick, the two sections on the Black liberation movement highlight the theory of nonviolence in direct and indirect ways and foreground the relevance of these historic texts for the present moment of political uprisings on both the left and the right. Black strategies for survival and power are analyzed in terms of the ongoing US economic and epidemiological crises as well as the global climate crisis and ecological collapse. A section on revolutionary nonviolence in Africa presents a previously unpublished piece on the role of armed struggle by Franz Fanon, as well as essays by Amilcar Cabral, Barbara Deming, Graca Machel, Kenneth Kaunda, and Nozizwe Madlala-Routledge This section clearly contextualizes the continent’s anti-colonial struggles with the practical thinking about military and unarmed tactics which those movements faced over the course of a half century.

The section on nonviolence and feminist struggle highlights the work of Grace Paley, Audre Lorde, and Arundhati Roy, along with a little-read piece by Johnnie Tilmon, a leader of the 1960s welfare rights movement. The section on resistance against empire tilts toward Latin American scholars/activists with essays by Maria Lugones, Anibla Quijano and Berta Caceres. This section includes pieces that draw from current debates about the role of state power in building towards radical change and the push to build holistic perspectives on what liberation means for all peoples. The final section on social change in the 21st Century reflects on specific aspects of organizing which are facing campaigns and movements of today and tomorrow. Our goal is to provide challenges and insights for building effectively against all forms of oppression!

Though primarily compiling key texts not often seen or contextualized together, the book also provides new strategic commentaries from key leaders including Ela Gandhi, Ruby Sales, ecofeminist Ynestra King, Africa World Press’ Kassahun Checole, and Palestinian Quaker Joyce Ajlouney. With a mix of past and current commentaries, from both academic and activist points of view, we uncover fault lines which have prevented mass, global movements of movements from solidifying over the last fifty years. Through this narrative, the book ends with visions of how best to use all that we know to bring about deeply rooted transformations in ways that will lift up not traumatize people as they move toward liberation.

Our Story: Coming out in the time of HIV and AIDS