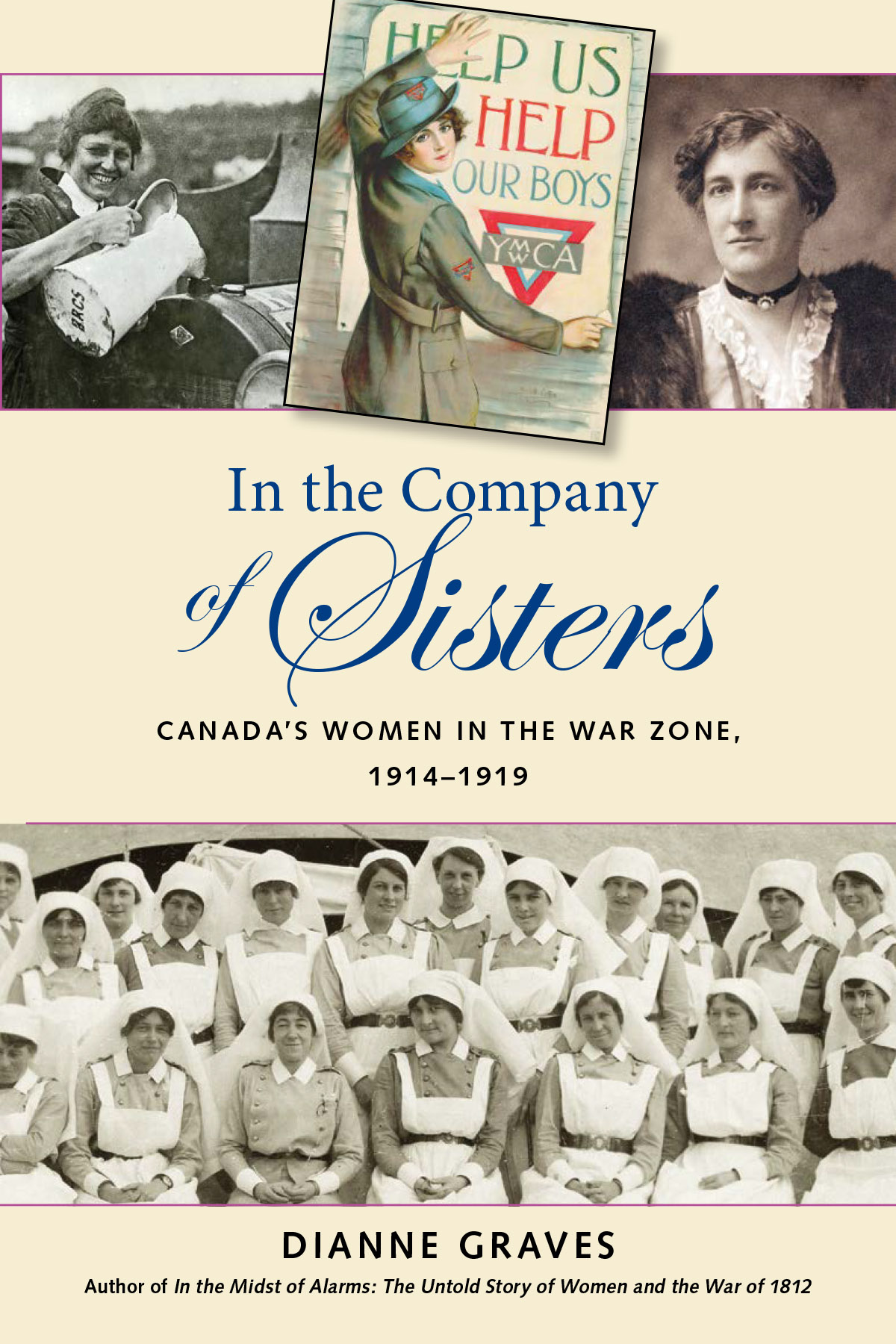 Dianne Graves tells the story of the thousands of Canadian women who “did their bit” by serving in the war zones of northern Europe, the Middle East, the Balkans and Russia, as well as in hospitals and care centres in Britain. They included nurses caring for soldiers with lungs seared by poison gas… ambulance drivers transporting the wounded in range of ­enemy shell-fire… volunteers staffing canteens or clothing destitute refugees… entertainers cheering up the troops with concerts just behind the lines… women making a multitude of vital contributions. Working from diaries, letters and personal records, Dianne Graves describes a facet of Canadian involvement in the First World War that has been largely overlooked. And that deserves to be celebrated.

Four remarkable Canadian “women with a mission” are covered in detail: Montrealer Julia Drummond, who became “mother” to the Canadian forces by organizing support services in London for Canadian soldiers; actor and theatre producer Lena Ashwell, who took performances to the troops in the front lines; pacifist Julia Grace Wales, who inspired peace initiatives even as the battles raged; and artist Mary Riter Hamilton, who documented the devastated battlefields for posterity.