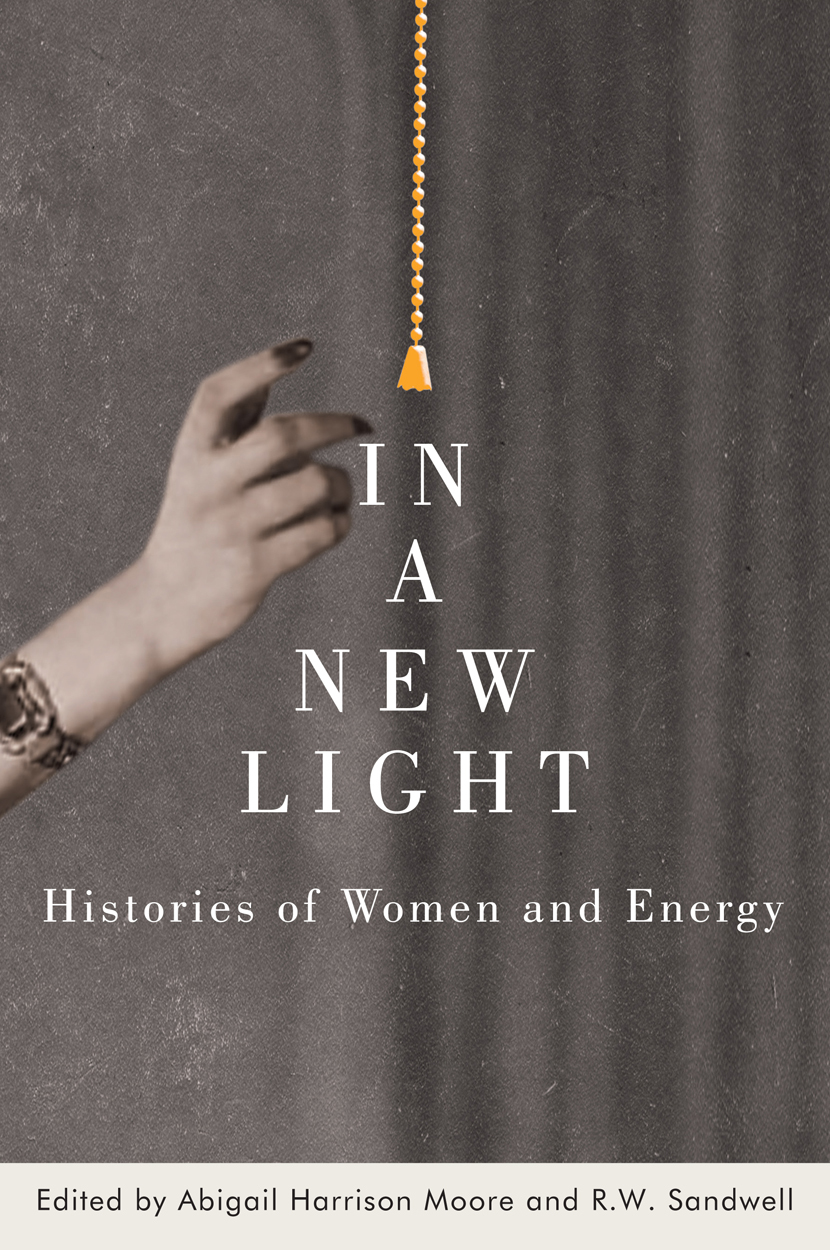 In the early 1970s, a German study estimated that women expended as many calories cleaning their coal-mining husbands’ work clothes as their husbands did working below ground, arguably making the home as much a site of industrialized work as factories and mines. But while energy studies are beginning to acknowledge the importance of social and historical contexts and to produce more inclusive histories of the unprecedented energy transitions that powered industrialization, women have remained notably absent from these accounts.

In a New Light explores the vital place of women in the shift to fossil fuels that spurred the Industrial Revolution, illuminating the variety of ways in which gender and energy intersected in women’s lives in nineteenth- and twentieth-century Europe and North America. From their labour in the home, where they managed the adoption of new energy sources, to their work as educators in electrical housecraft and their protests against the effects of industrialization, women took on active roles to influence energy decisions.

Together these essays deepen our understanding of the significance of gender in the history of energy, and of energy transitions in the history of women and gender. By foregrounding women’s energetic labours and concerns, the authors shed new light on energy use in the past and provide important insights as societies move towards a carbon-neutral future.

This is My Real Name: A Stripper’s Memoir

Emergence: Contemporary Women Poets of the Eastern Townships of Quebec