An Antane Kapesh
Buy This Book 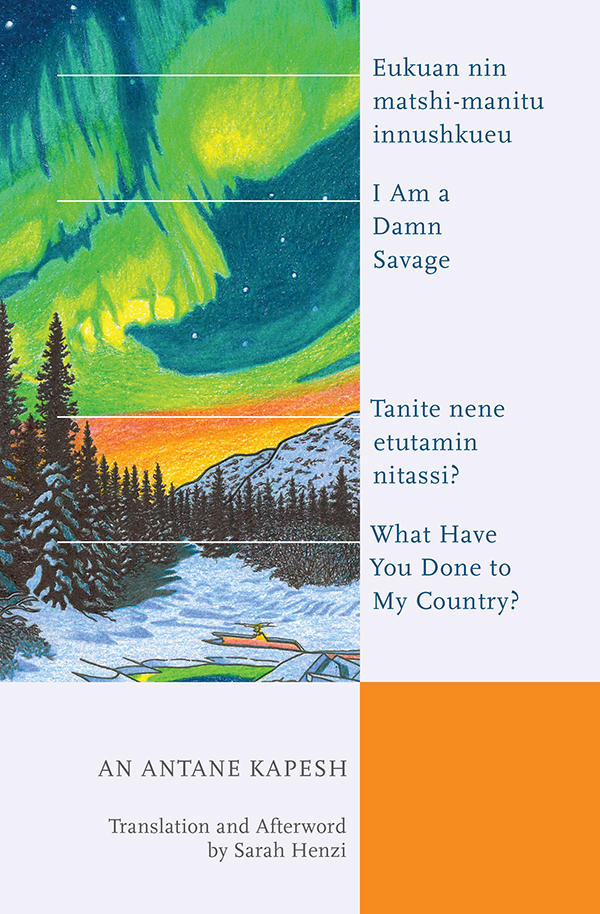 Fiction, Nonfiction
Quebec author An Antane Kapesh’s two books, Je suis une maudite sauvagesse (1976) and Qu’as-tu fait de mon pays? (1979), are among the foregrounding works by Indigenous women in Canada. This English translation of these works, each page presented facing the revised Innu text, makes them available for the first time to a broader readership.

In I Am a Damn Savage, Antane Kapesh wrote to preserve and share her culture, experience, and knowledge, all of which, she felt, were disappearing at an alarming rate because many Elders, like herself, were aged or dying. She wanted to publicly denounce the conditions in which she and the Innu were made to live, and to address the changes she was witnessing due to land dispossession and loss of hunting territory, police brutality, and the effects of the residential school system. What Have You Done to My Country? is a fictional account by a young boy of the arrival of les Polichinelles (referring to White settlers) and their subsequent assault on the land and on native language and culture.

Through these stories Antane Kapesh asserts that settler society will eventually have to take responsibility and recognize its faults, and accept that the Innu — as well as all the other nations — are not going anywhere, that they are not a problem settlers can make disappear.

A Convergence of Solitudes