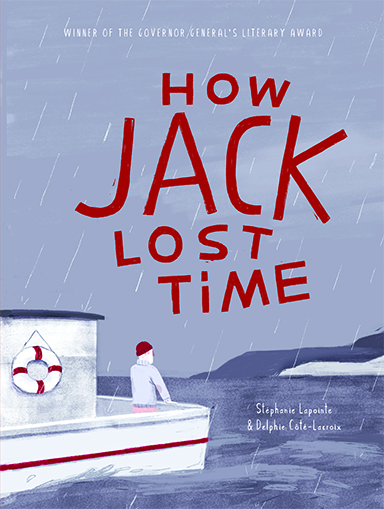 Kids
Poignant, original, and vibrant, this contemporary nautical fable journeys into the heart of the human spirit, and will move readers young and old.

Jack is not like other sea captains. Fishermen say he’s weird, but Jack only cares about one thing: the grey whale with the scarred dorsal fin, the one who swallowed up his son, Julos, years before. Jack promises he will not come home without Julos, even if it means losing himself in the process. Then, on a night like any other, Jack sees something lurking around his boat. He throws himself into the whale’s dark mouth. But is he too late? Will his son recognize him after years of being alone?