Hand On The Sun 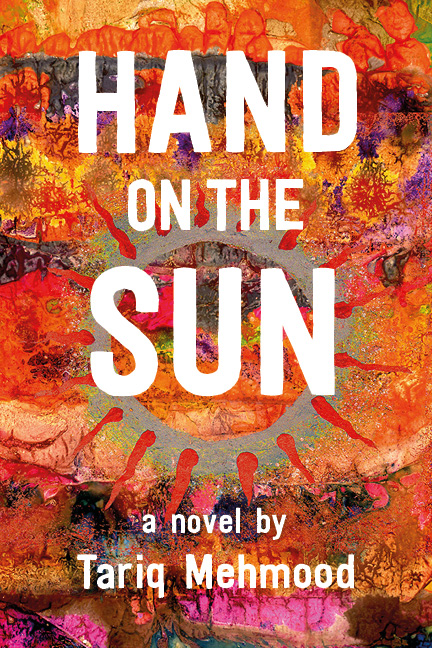 This novel was written while the author awaiting trial in 1981-82 on charges of Terrorism as a part of the Bradford 12 case, where the youth had tried to defend their community from far-right racist gangs.  All the defendants were acquitted.

It was Tariq Mehmood’s first novel charting the experience of the second generation migrants to the UK. Set in the declining textile industry of the North of England, it is a raw story of pain and anger at the relentlessness of British racism, from the street to the state – a story of an unquenchable desire for justice, and reclaiming human dignity. A dignity that is wrapped around new questions of Identity, a crossroad between religion, language, history and resistance. It is a little big story, that talks to the extremities of social, political and literary issues today? Can stories of a generation be appropriated? How important is religion in identity? If all you have is a story to tell, who should you tell it? Are the issues of today, just the issues of today or can we learn something from the past?

In these stories, friendship is not defined by religion or colour, but by humanity. And racism is much more than skin deep.

It is a novel that paved the way for other novelists. Nikesh Shukla wrote:

I love this novel. I think it’s exceptional. It changed my life. It helped me deal with my anger about the injustice our community faced when I was a teenager. I read this when I was 14, having found them amongst my teenager uncle’s things when he vacated our shared room. It changed me, it made me a writer. We deserve a canon of British South Asian literature that speaks to the history of this country, that speaks to now and to the far right’s emboldened coming out from the shadows of recent years, that speaks to this country’s unwillingness to confront racism, that also speaks to a period of history that is not archived properly.

Hand On The Sun