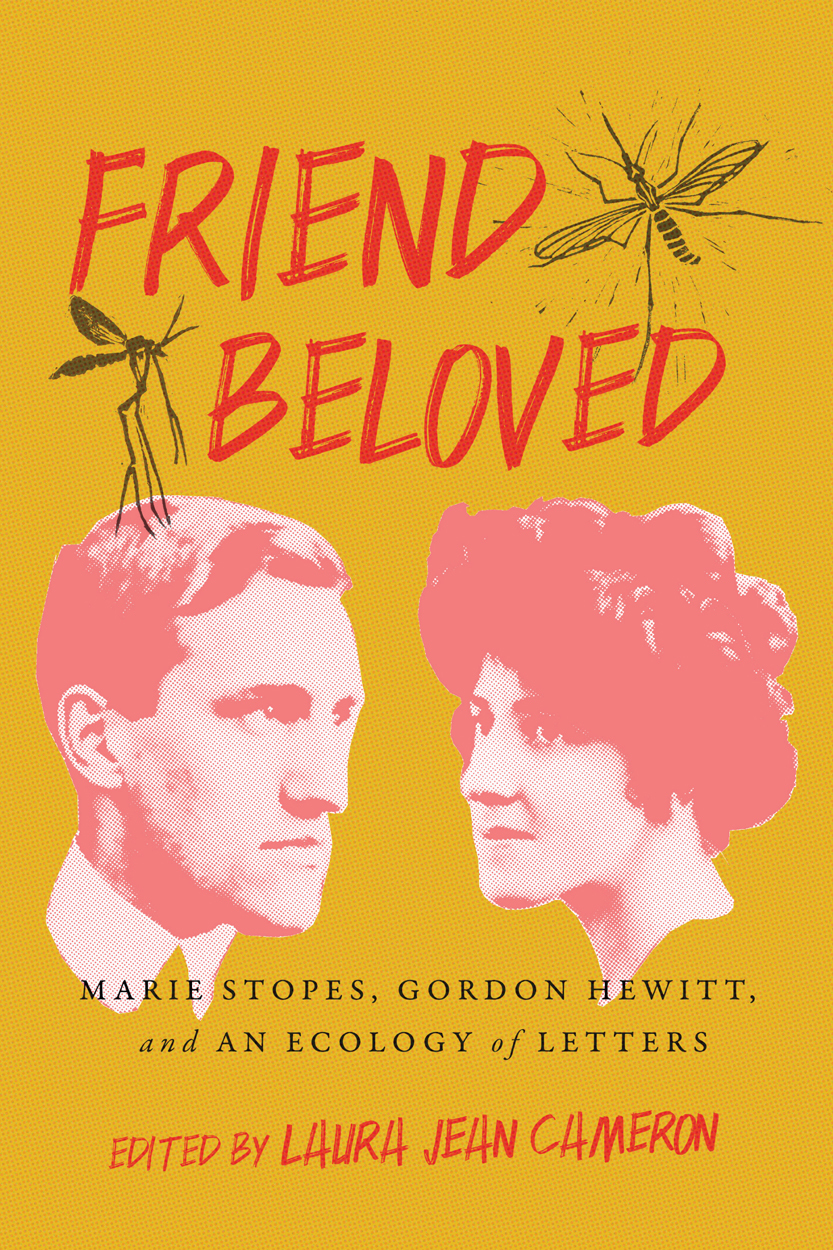 Friend Beloved invites readers to enter the imaginative worlds of two ambitious young scientists: Marie Carmichael Stopes, the paleobotanist who found international fame as a birth control advocate and feminist icon, and Charles Gordon Hewitt, the housefly expert who became one of Canada’s trailblazers of nature conservation before he died in the Spanish flu pandemic.

Ecology was a new science that connected Stopes and Hewitt, the word coming from oikos, the Greek term for “home.” Reproducing a small but significant cache of letters written before the First World War, the book unearths their respective versions of home and shows how these mattered in both domestic affairs and scientific passions. Their co-authored 1909 scientific article, which Hewitt called “the one little sin,” is reprinted as an appendix, along with a chapter of Stopes’s unpublished novel A Man’s Mate, entitled “Friends.” Laura Jean Cameron provides a lively, thought-provoking introduction. Her epilogue considers why Stopes and Hewitt’s friendship was largely forgotten and how its recollection reveals early ecology’s revolutionary promise but also its colonial and eugenic entanglements.

Weaving accounts not only of the professional worlds the correspondents traversed in Britain, Japan, and Canada, but also of intensely personal, relationships involved in the changing nature of their field, Friend Beloved connects careers and emotional trajectories at a key moment in the women’s suffrage movement and the making of modern science.