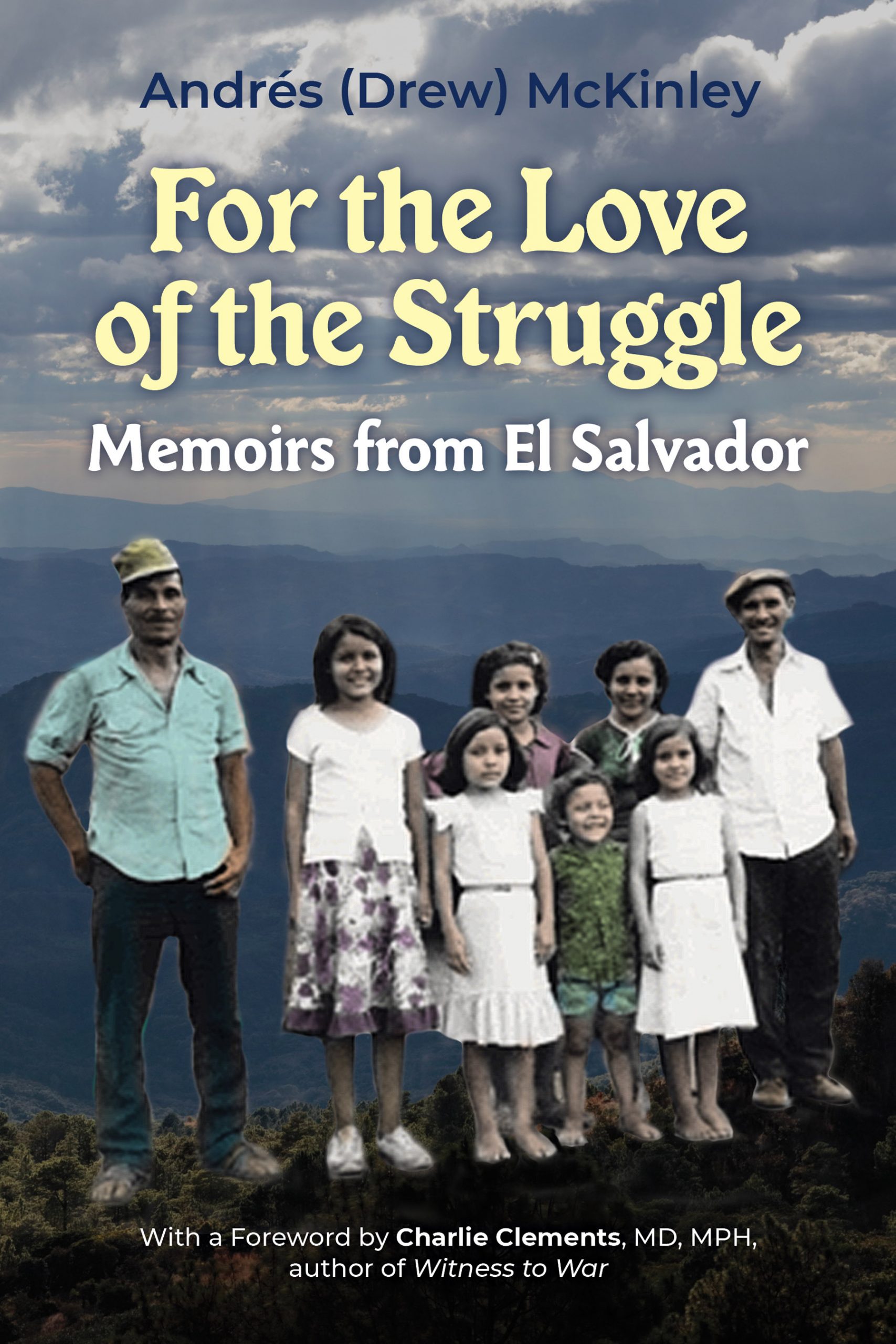 From his home in El Salvador where he has lived over four decades, the author shares an intimate personal and political memoir that follows his remarkable journey from the comfort and security of a picturesque New England town to a stirring and heroic engagement in common cause with the struggle for peace and justice in El Salvador.

After four years as a Peace Corp worker in northern Liberia beginning in the late 1960s, followed by a stretch back in the United States as a street worker in the ghettos of North Philadelphia, McKinley finds himself in Central America as an aid worker in 1978. He quickly becomes engulfed by the political violence of the region and engaged with the people and their struggles against five decades of military dictatorship, centuries of poverty and exploitation. The story is marked by terror, adventure, and courage, by trials and tragedy redeemed by the beauty and transcendence of people in struggle.

Originally based in Guatemala heading up a Catholic relief agency, his commitment to the struggles for change in the country attracts the attention of the military, and his own government, forcing him to leave the country in late 1980. He moves to El Salvador, where he begins a gradual incursion into the revolutionary struggle of this country, in a commitment that will last the rest of his life.

Interwoven with this personal journey, is the story of Teresa Rivas, her husband Antonio, and their five children, a peasant family whose commitment as catequists with the Jesuit, Rutilio Grande, led to their eventual incorporation into the guerrilla forces of the FMLN after Grande’s assassination in 1977. The book describes the circumstances under which the author meets Antonio Rivas and family in the war zones of El Salvador, falls in love with them and their cause, and commits to accompanying their struggle through its darkest hours during the most violent years of the war. It also describes their life after the war, with resettlement in the lowlands of Guazapa, where many ex-combatants were building a new life.

Interwoven with these stories, is the epic of a decades-long people’s struggle for economic justice, human rights and authentic democracy in El Salvador. The book lays out the social, economic and political origins of the armed struggle that caught fire in the 1970s, and the experiences of a people in desperate pursuit of non-violent options for democratizing their country and assuring a dignified life for the impoverished and marginalized majority of its population. It explains in detail the gradual emergence of the objective and subjective conditions for revolution in El Salvador, including the difficult choice for the use of violence as the only available option for transformative change in the country.

The book also details the challenges of reconstruction after the Peace Accords that end the war in 1992, and the tragedy of opportunities lost during the immediate post-war period in the face of the ongoing resistance of traditional opponents to reform. The author—himself deeply involved during these years in support of non-violent political organizing and advocacy—describes the efforts to sustain peace and to resolve the issues that continue to threaten the country with political violence. One of these is the water crisis that threatens the viability of the nation and life itself, and the book reveals the processes of organizing behind the ultimately successful 17-year struggle to ban metallic mining—an historic victory in 2019 approved by a vote in the National Assembly, and without precedent in the world.

As the memoir closes, the author reflects on his choice to be in El Salvador over the past 43 years, and the country as he finds it in these changing times; on the family with whom he has shared love and life there; on his continuing relationship with Antonio Rivas and his surviving family; and his gradual reconciliation, from a distance, with the country of his birth.

With a Foreword by Charlie Clements, author Witness to War (Bantam, 1984) and Former Executive Director of the Carr Center for Human Rights Policy at the Harvard Kennedy School.

The Madness of Crowds