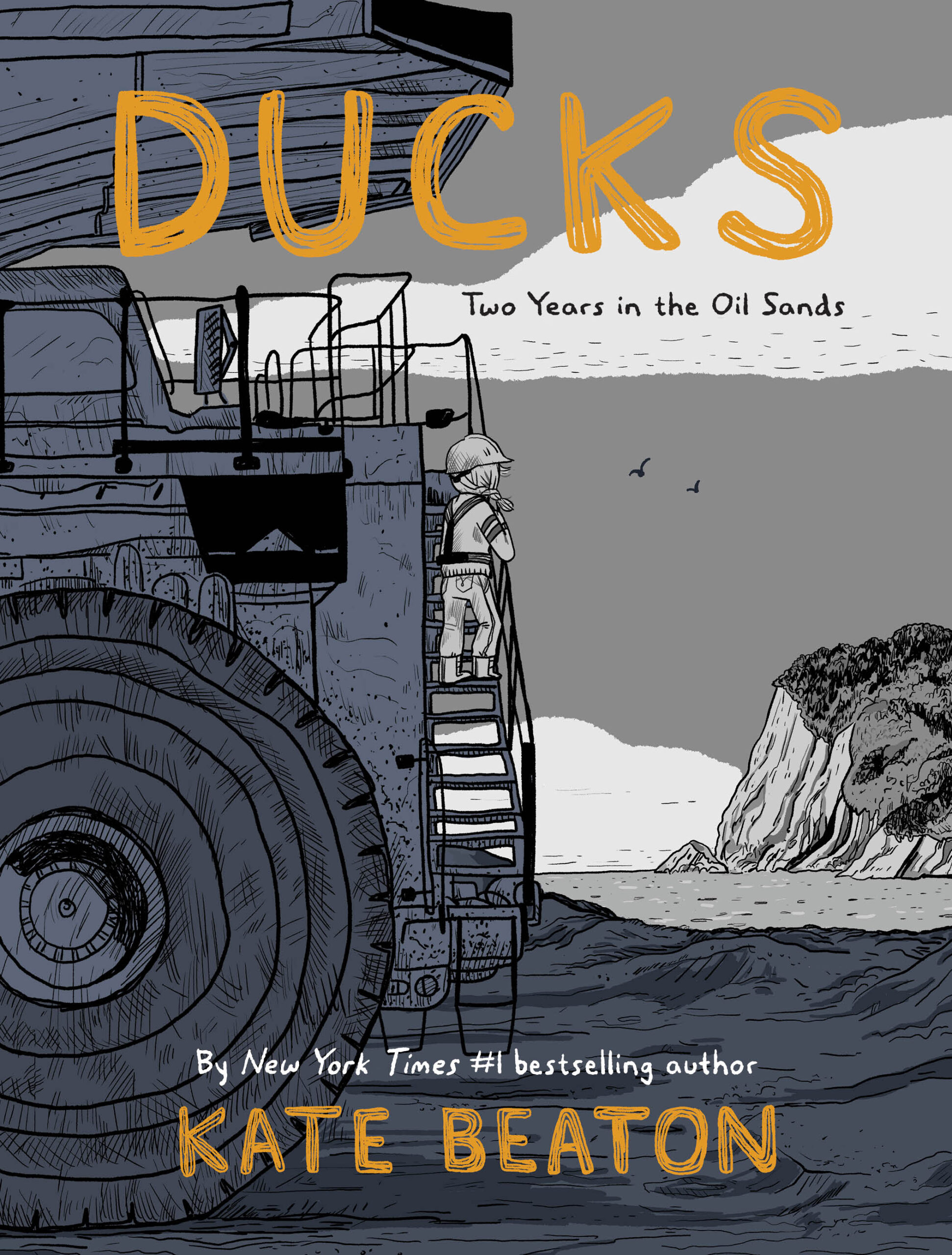 Before there was Kate Beaton, New York Times bestselling cartoonist of Hark! A Vagrant, there was Katie Beaton of the Cape Breton Beatons, specifically Mabou, a tight-knit seaside community where lobster is as abundant as beaches, fiddles, and Gaelic folk songs. With the singular goal of paying off her student loans, Katie heads out west to take advantage of Alberta’s oil rush—part of the long tradition of East Coasters who seek gainful employment elsewhere when they can’t find it in the homeland they love so much. Katie encounters the harsh reality of life in the oil sands, where trauma is an everyday occurrence yet is never discussed.

Beaton’s natural cartooning prowess is on full display as she draws colossal machinery and mammoth vehicles set against a sublime Albertan backdrop of wildlife, northern lights, and boreal forest. Her first full-length graphic narrative, Ducks: Two Years in the Oil Sands is an untold story of Canada: a country that prides itself on its egalitarian ethos and natural beauty while simultaneously exploiting both the riches of its land and the humanity of its people.