Country of Poxes: Three Germs and the Taking of Territory 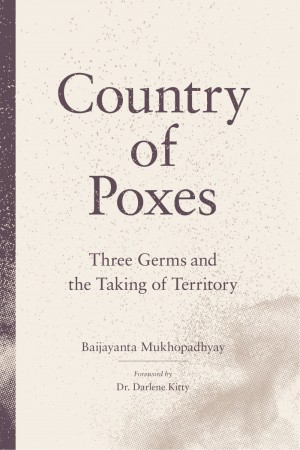 Country of Poxes is the story of land theft in North America through three diseases: syphilis, smallpox and tuberculosis. These infectious diseases reveal that medical care, widely considered a magnanimous cornerstone of the Canadian state, developed in lockstep with colonial control over Indigenous land and life.

Pathogens are storytellers of their time. The 500-year-old debate over the origins of syphilis reflects colonial judgments of morality and sexuality that became formally entwined in medicine. Smallpox is notoriously linked with the project of land theft, as colonizers destroyed Indigenous land, economies and life in the name of disease eradication. And tuberculosis, considered the “Indian disease,” aroused intense fear of contagion that launched separate systems of care for Indigenous Peoples in a de facto medical apartheid, while white settlers retreated to sanatoria in the Laurentians and Georgian Bay to be cured. In this immersive and deeply reflective book, physician and activist Dr. Baijayanta Mukhopadhyay provides riveting insights into the biological and social relationships of disease and empire. Country of Poxes considers a future of health in Canada that heeds redress and healing for Nations brutalized by the Canadian state.

Country of Poxes: Three Germs and the Taking of Territory