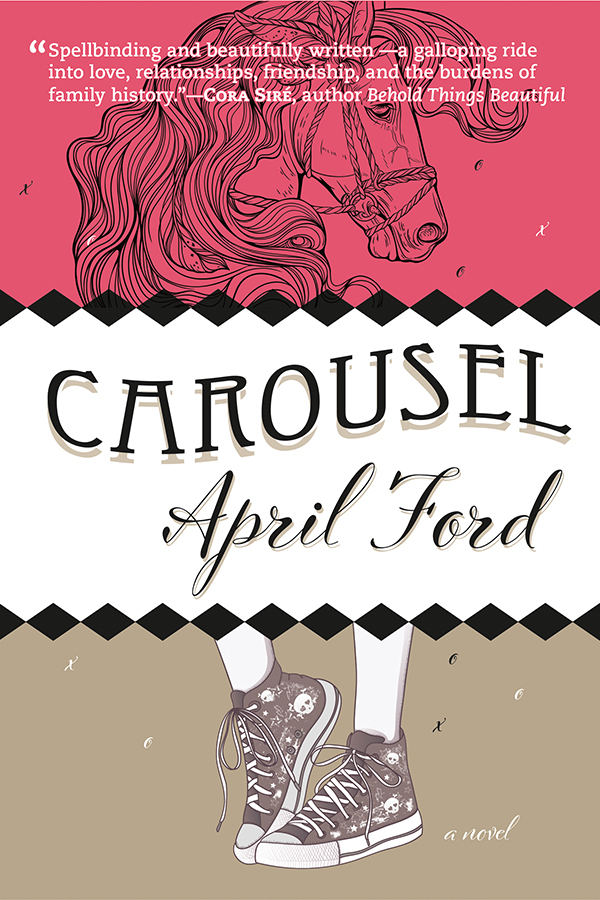 Fiction
Margot Wright has led a deliberate life. At 18, she left her unusual and abusive family situation and never looked back, and then two years later she devoted herself wholly to Estelle Coté, her first and only love. But now, at 45, freshly retired from a career in antique firearms dealing, and settling into a new home with her wife, Margot finds herself feeling restless. Bored. She admits this to herself on the day she visits Le Galopant, a historic carousel that has become bafflingly meaningful to Estelle; and, as with anyone wishing to dodge a midlife crisis, Margot sets her feelings aside, intending to ignore them for as long as possible.

At La Ronde, the amusement park where Le Galopant is showcased, Margot is accosted by a 17-year-old girl named Katherine de Wilde. Katy is hyper and unrefined, “rural,” everything Margot cannot stand, yet she finds herself thinking more and more about the lisping girl in the Converse sneakers and “Meat is Murder” T-shirt as the days tread on. Even after Estelle discovers a massive secret she’s been keeping for a decade, forces her into couples counseling and then on a road trip to confront this secret, Margot is unable to stop Katy from seeping into her thoughts. So when Katy phones her one morning with bad news, “They’re taking down Le Galopant for good. It’s broken!” Margot yields to impulse and pursues her interest in the girl.

Fighting for a Hand to Hold: Confronting Medical Colonialism against Indigenous Children in Canada

Bitter in the Belly

Subject to Change: Writings and Interviews