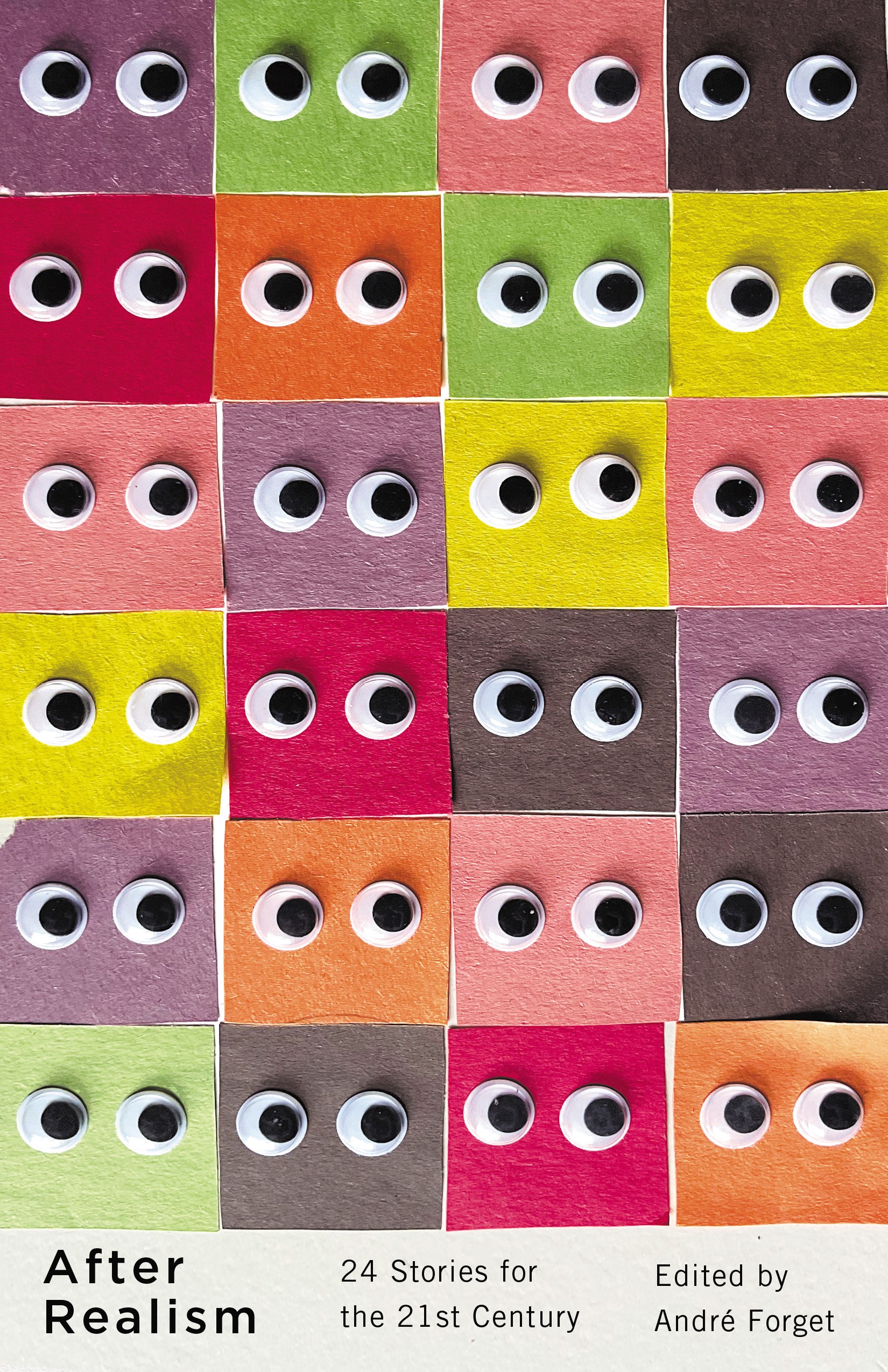 After Realism: 24 Stories for the 21st Century is the first anthology to represent the generation of millennial writers now making their mark. Diverse, sophisticated, and ambitious in scope, the short stories in this ground-breaking book are an essential starting point for anyone interested in daring alternatives to the realist tradition that dominated 20th century English-language fiction. After Realism offers twenty-five distinctive talents who are pushing against the boundaries of the “real” in aesthetically and politically charged ways—forging their styles from influences that range from myth to autofiction, sci-fi to fairy tale, documentary to surrealism. Even those who continue to work in the realist tradition are doing so critically, with an eye to renovation. The selection is accompanied by comprehensive and provocative essay by editor André Forget that explains the themes, tendencies and concerns of this group. In bearing witness to an extraordinary flowering of contemporary fiction, After Realism will supply a new standard for Canadian writing.

Songs in the Shade of the Cashew and Coconut Trees, Lullabies and Nursery Rhymes from West Africa and the Caribbean